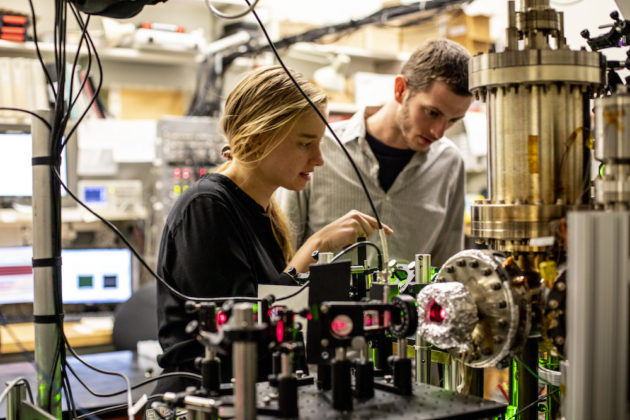 Editor’s note: Tom Alberg is a co-founder and managing director at Seattle-based venture capital firm Madrona Venture Group. He is a member of Challenge Seattle and sits on the Amazon board of directors.

Commentary: This week I had the opportunity to speak at the Northwest Quantum Nexus Summit, co-sponsored by Microsoft, the University of Washington and Pacific Northwest National Labs. The Summit brought together, for the first time, the large network of quantum researchers, universities and technology companies working in quantum information science (QIS) in our region to share quantum developments and to work together to establish the Pacific Northwest as one of the leading quantum science centers in the world.

Quantum computing has the potential to transform our economies and lives. As one of the Summit speakers said, we are on the “cusp of a quantum century.” Quantum computers will be able to solve problems that classical computers can’t solve, even if they run their algorithms for thousands of years. Quantum computers are not limited to the on-or-off (one-or-zero) bits of today’s digital computers. Quantum computers manipulate “qubits” that can be one-and-zero simultaneously, which allows exponentially faster calculations.

Quantum computers are expected to be able to crack present-day security codes, which is already causing scientists to work on devising new encryption protocols to protect consumer and business data and national security. Applications developed for quantum computers likely will help us overcome existing challenges in material, chemical and environmental sciences, such as devising new ways for sequestering carbon and improving batteries.

Even though the Seattle area is one of the top two technology centers in the U.S., along with the San Francisco Bay Area, we have to make investments now to ensure we become a leading quantum center. To achieve this goal, I argued that we will need to substantially increase financial support to build up the UW’s quantum research capacity and equally important, to create an extensive quantum information science curriculum. The UW’s Paul G. Allen School of Computer Science and Engineering began this year to offer a course teaching Microsoft’s Q# language, but one course is not enough if we are to make our area one of the major quantum centers of the future. 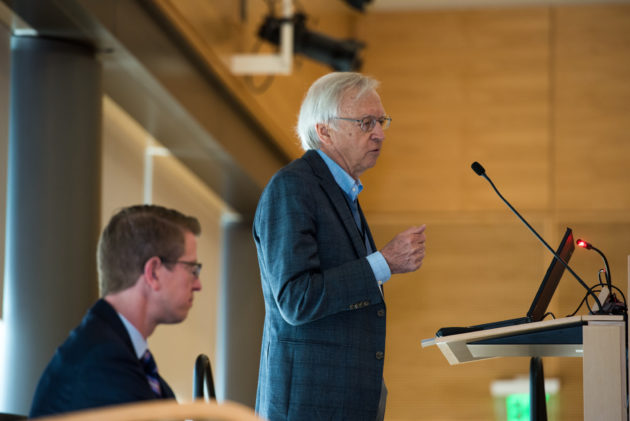 Fortunately for our region, Microsoft is one of the acknowledged leaders in quantum computing and is committed to building our regional network. Microsoft CEO Satya Nadella gives credit to former Microsoft chief technology officer and research leader Craig Mundie for launching Microsoft’s quantum initiative 10 years ago.

What will quantum computing do for us? Programmers, policymakers share ideas

Microsoft’s goal is no less than to build a “general-purpose” quantum computer — the holy grail of quantum computing. In the meantime, they are supporting efforts to build a cadre of researchers who are familiar with quantum and capable of writing quantum programs. They have developed and launched a quantum computer language, Q#, as well as a quantum development kit and “Katas,” which are computing tasks that classical computer scientists can use to learn quantum computing skills. They are also building an open source library of quantum programs and have launched the Microsoft Quantum Network to provide assistance to quantum startups and developers.

The federal government has recently launched the National Quantum Initiative, which will provide $1.2 billion over the next five years primarily to quantum researchers. The president signed the new law in December after the bill was approved by unanimous consent in the Senate and a 348-11 vote in the House. Among the purposes are to build a “quantum-smart workforce of the future and engage with government, academic and private-sector leaders to advance QIS.”

This federal funding is welcome, even though it’s less than required for a Manhattan-style project equivalent to China’s national quantum initiative. It will be highly important to our region that our congressional delegation, several members of whom are particularly tech-savvy, advocate our case for a fair share of this funding. Our Washington State Legislature should support this by making appropriations for quantum computing and education at the UW as a down payment showing local support.

There is also a role for private companies to support our quantum efforts beyond what Microsoft is already doing. I am reminded of the grants by Amazon to the UW in 2012 during the Great Recession, engineered by then-UW computer science chair Ed Lazowska to recruit two leading professors, Carlos Guestrin from Carnegie Mellon and Emily Fox from the University of Pennsylvania, to strengthen the UW’s machine learning expertise. The two $1 million gifts created two endowed professorships. Inflation has certainly raised the price for endowed professorships, but perhaps this could be repeated. 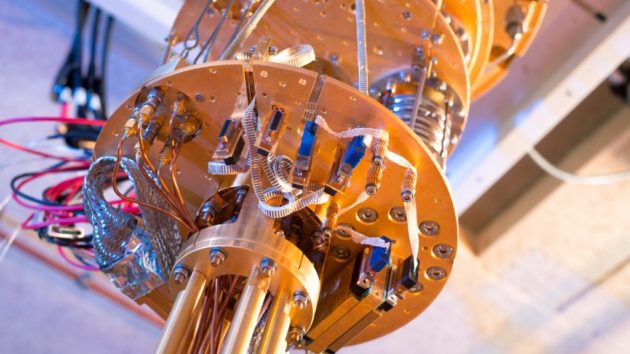 Microsoft is focusing on the development of quantum computers that take advantage of cryogenically cooled nanowires. (Microsoft Photo)

Another way to build our region’s quantum expertise would be for a local tech entrepreneur to follow the example of Paul Allen, who endowed five $100 million-plus scientific institutes, one of which is the Allen Institute of Artificial Intelligence, headed by former UW professor and current venture partner at Madrona, Oren Etzioni.

We are beginning to address this gap in high schools, but a much larger commitment is needed. Private companies can help fill part of the gap. Amazon recently announced its Future Engineers program, which includes a $50 million investment in computer science and STEM education for underprivileged students. As part of this program, a few weeks ago, Amazon announced grants to more than 1,000 schools in all 50 states, over 700 of which are Title 1 schools. Studies have shown that if a disadvantaged student takes an advanced computer science course in high school, they are eight times as likely to major in computer science at a university.

The Bureau of Labor Statistics projects that by 2020 there will be 1.4 million computer science related jobs needing to be filled, but only 400,000 computer science graduates with the skills to apply for those jobs. Only a tiny percentage of the 400,000 are minorities or from low-income families. A similar need exists in Washington state, with a gap of several thousand between the jobs to be filled and the number of annual graduates.

In Seattle and other tech centers in the U.S., we have been fortunate that we have been able to attract and retain a very substantial number of computer scientists from other countries to fill these jobs. But with immigration and trade uncertainties, this flow is uncertain and may not be as robust as needed.

Even more important, by not providing the opportunity for our kids, particularly disadvantaged children, we are short-changing them. The best way to close the income gap is to improve our public educational system so a broader segment of our population can qualify for the jobs of the future. Organizations such as the Technology Access Foundation are attacking this problem head-on by creating curriculum, recruiting minority teachers and building schools. We need to support these organizations and implement their approach broadly.

At the university level, we are also deficient in educating a sufficient number of computer scientists. Even at universities such as the UW, with large and high-quality computer science schools, we are unable to fill the demand for computer scientists. The Allen School graduates about 450 undergraduate students annually. Although this is double what the school produced a few years ago, it is woefully short of the several thousand needed annually in our state. This needs to be doubled again, but funding is lacking.

In short, our region needs to recommit to building our computer science workforce beginning in our K-12 schools, and undertake a new effort to build our quantum expertise and workforce.