Two years ago Microsoft launched a special program to help startups get off the ground and use its cloud, and now it’s giving them access to two of its fastest growing apps 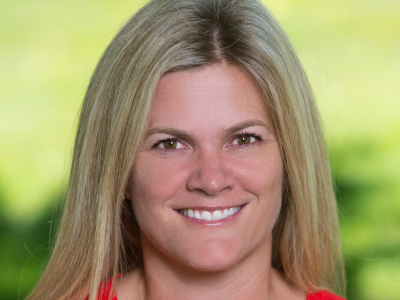 In the cutthroat competition for cloud customers, Microsoft is trying to hook them while they’re young.

Its program, called Microsoft for Startups, gives startups $120,000 in Azure cloud credits, teaches them how to sell to businesses, and gives them access to Microsoft’s massive customer base.

On Thursday, Microsoft for Startups announced that startups will receive access to GitHub Enterprise, which is the business edition of GitHub that has additional security and compliance features, as well as Microsoft Power Platform, which allows customers to easily build apps and analyze data.

„We want to make sure our startups are equipped with the tools they’re using so they build the right solutions that integrate with those tools,“ Microsoft for Startups general manager Jeana Jorgensen told Business Insider.

Jorgensen says that startups in this program have been asking for access to these apps for a while. GitHub, which Microsoft acquired for $7.5 billion in 2018, gives customers a place to store and share their code, while Power Platform allows customers to build apps without having to write code.

„GitHub is the #1 platform for open source technologies,“ Jorgensen said. „It’s important for them to be able to use that. Power Platform is one of our fastest and most quickly adopted technologies at the company.“

Microsoft has ramped up investment in its cloud business under CEO Satya Nadella as it competes with Amazon, the industry’s dominant cloud provider, and Google Cloud. Microsoft stunned Amazon last year when it won the Pentagon’s $10 billion JEDI cloud contract (although Amazon has challenged the decision).

But as companies of all types and sizes shift their computing operations to the cloud, the three tech giants are fighting to establish strongholds in different areas.

Jorgensen says Microsoft has set a goal of becoming the top cloud provider for enterprise startups. She says it benefits Microsoft in the long term, as these startups are able to get acquainted with Microsoft’s cloud and services early on and eventually become larger customers.

„The more they start on our platform in using our technology and being familiar with it, the more useful it is for us,“ Jorgensen said. „We want to make sure startups adopt the technologies we’re putting in front of customers.“

Since Microsoft for Startups first launched two years ago, Microsoft says this program is on pace to close over $1 billion in sales opportunities for its startups through its co-sell program. Currently, it supports over 3,000 startups in more than 140 countries that are largely focused on enterprise tech.

„We want to make sure we’re serving the worldwide community and not just a core set in a particular region,“ Jorgensen said. „We want to ensure that we’re really committed to this space in terms of enterprise technology startups.“

Do you work at Microsoft? Got a tip? Contact this reporter via email at [email protected], Signal at 646.376.6106, Telegram at @rosaliechan, or Twitter DM at @rosaliechan17. (PR pitches by email only, please.) Other types of secure messaging available upon request. You can also contact Business Insider securely via SecureDrop.